Due to restrictions under applicable securities laws, access to this website is not permitted in certain jurisdictions.

Please select your country of residence

By clicking the "Submit" button you certify that you are an individual resident in the country stipulated by you above and that you have read and understood this notice. The information contained in this website does not constitute an offer to sell, or the solicitation of an offer to acquire or subscribe for, any securities of Triple Point Social Housing REIT plc in any jurisdiction in which, or to any person to whom, such offer or solicitation is unlawful.

THE MATERIALS CONTAINED HEREIN ARE NOT FOR RELEASE, PUBLICATION OR DISTRIBUTION, DIRECTLY OR INDIRECTLY, IN WHOLE OR IN PART, INTO OR WITHIN THE UNITED STATES (INCLUDING ITS TERRITORIES AND POSSESSIONS, ANY STATE OR OTHER JURISDICTION OF THE UNITED STATES AND THE DISTRICT OF COLUMBIA), AUSTRALIA, CANADA, JAPAN, SOUTH AFRICA OR ANY OTHER JURISDICTION WHERE TO DO SO WOULD CONSTITUTE A VIOLATION OF THE RELEVANT LAWS OR REGULATIONS OF SUCH JURISDICTION.

You may download or print copies of the reports or information contained within this website for your own private use only; all other copying, reproducing, transmitting, distributing or displaying of material on this website (by any means and in whole or in part) is prohibited. This website may contain or link to content which is generated by third parties. Neither the Company or Triple Point Investment Management LLP nor any other person accepts any responsibility in respect of any information contained on any other website which may be linked to or from this website.

This website is governed by the laws of England.

By clicking "I understand and agree" below, you represent, warrant and agree that you (1) have read and understood the terms and conditions and other information set out above, (2) agree to be bound by its terms, (3) are permitted under applicable laws and regulations to receive the information contained in the pages that follow and, (4) agree that you will not transmit or otherwise send any information contained in this website to any person in the United States, to any US Person, or to publications with a general circulation in the United States. If you cannot so certify and agree, you must click the button labelled "I decline" or otherwise exit this website.

I understand and agree

Moving on: How private capital is helping vulnerable adults find their independence

The lockdown has laid bare a number of significant faultlines in our society, including the homelessness crisis, the surge of global domestic violence, and the weaknesses of the social care sector. After years of a steady and continuous fall in government funding, we are facing profound demands as a society to improve care for vulnerable adults in the UK. In this article we explore how private funding can fill the gap left by public funding and provide people with the independence, support and dignity they deserve.

Transforming Care targets have been routinely missed by local authorities, and controversy surrounds the ongoing use of assessment and treatment units for people with learning disabilities.

Too many individuals are housed away from friends, family, and local communities in accommodation that deprives them of their independence and can promote increased institutionalisation and a growing dependence on care.

The social care sector is creaking under the weight of growing demand, funding shortfalls, and a lack of supply of modern, adapted accommodation that is both reflective of government policy and the quality of accommodation our society should be able to offer vulnerable people.

There is consensus across government, the opposition, the NHS, and sector groups such as Mencap, that more specialised supported housing is needed to provide better outcomes for people with physical and learning disabilities.

Mencap estimates that demand for supported housing will increase by 35% by 2030, driven by a desire to give people the chance to live within the local community in accommodation adapted to their needs, which has a positive impact on their wellbeing.

In direct contrast to the damage caused by people living long-term in ATUs (Assessment and Treatment Units), there are positive stories of people whose lives have been changed by moving into specialised supported housing in the heart of local communities and that creates high-quality homes for life.

Lee Rowley is in his mid-30s and is a die-hard Leeds United fan. His story demonstrates the positive impact of specialised supported housing and why it is so important that, where possible, we give people with care needs a home they can call their own.

He moved into a fully adapted, spacious apartment in Cornmill House in the Seacroft area of Leeds shortly after it opened in February 2017. His apartment accommodates his power-assisted wheelchair and is near local amenities such as shops and transport links. Crucially, it also ensured Lee remained near Elland Road so that he can continue to go and see his beloved Leeds United play.

Moving into his own home was a significant step for Lee because it meant that he would be leaving his family home for the first time and living independently. He was nervous about moving away, but he was also excited about looking after himself and being responsible for the domestic tasks he would be able to do. Little things like washing up his own dishes and baking in the kitchen, things that the highly adapted nature of his apartment allows him to do. 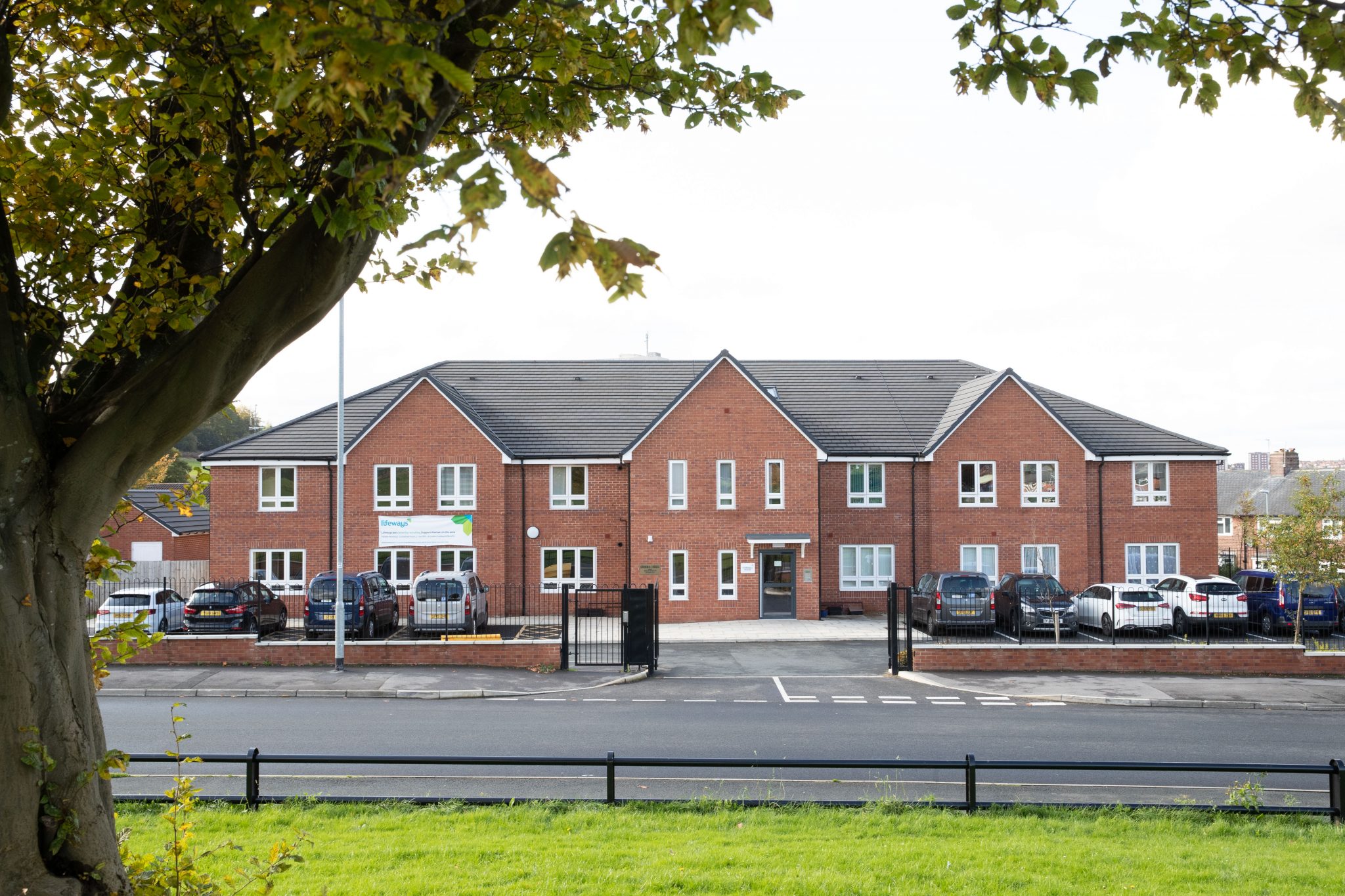 Since moving in Lee has made a home, gained independence, and formed new friendships, while still receiving the care and support he needs. He also plays football as part of the Leeds Powerchair FC team.

“Before, I would have to get up or go to bed when the carers came in, even if I didn’t want to. That was just life and how it had to be”

Sadly, there is a chronic undersupply of specialised supported housing, and this means local authorities are spending more than they need to on accommodation that is not delivering acceptable outcomes to vulnerable individuals.

A lack of grant funding and the wider housing crisis has stifled supply. Private investment is therefore required to build new specialised supported housing so that people like Lee can have the home and support they deserve within their local community.

Cornmill House was funded by Triple Point Social Housing Real Estate Investment Trust. The 16-unit apartment block cost £3.5m to build and is leased to Inclusion Housing, with on-site care and support provided to the individuals who call it home by Lifeways Community Care.

By the end of December 2019, Triple Point had funded the development of 388 new social housing properties providing homes-for-life for 2,728 people across the UK.

This not only saves the government money by reducing the overall cost of care and housing, but also generates a strong, sustainable return for investors. 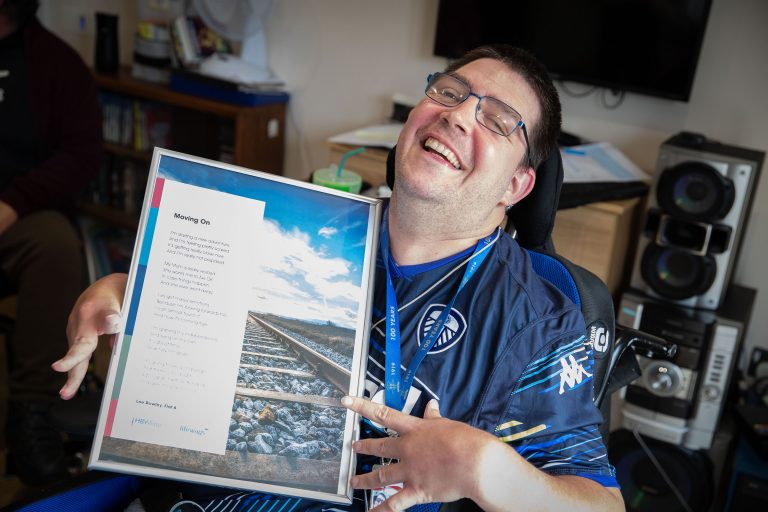 But what does this investment mean for the people who live in the homes it has helped to build?

“I could finally do things on my own terms,” says Lee. “Before, I would have to get up or go to bed when the carers came in, even if I didn’t want to. That was just life and how it had to be then because of my disability.

“Now though, I can do things I want to do and when I want to do them, even things like being able to do my own washing up because it’s an adapted kitchen and it’s lower down.

“That’s something I wouldn’t have been able to do before when I was at home with my mum.”

At a time when we often seem to be getting wrong the care of our most vulnerable, the message from Cornmill House is one of positivity, with people gaining the independence, support, and dignity they deserve.

It’s a sign that private capital really can play a part in changing lives for the better by filling the gap created by a lack of public funding.

When Lee moved into Cornmill House, he penned a poem called ‘Moving On’ that captured both his excitement and trepidation about the move. An excerpt reads:

…I’m gaining my independence, I’m living on my own

It’s going to be a challenge, of that there is no doubt

This article was originally published in Housing Digital